How to Get Rid of PTSD Nightmares 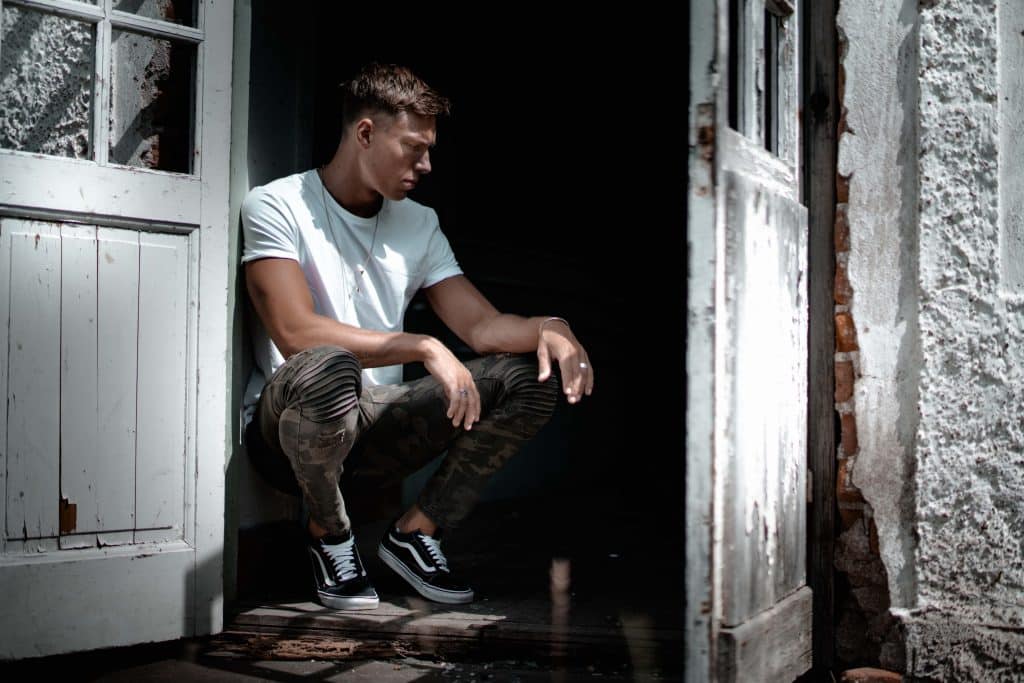 Chronic PTSD nightmares are one of the unfortunate symptoms experienced by many, if not most people with Post-Traumatic Stress Disorder or PTSD. These disturbing dreams often upset their sleep in several ways. This article explains what PTSD nightmares are and how they can be treated.

What Are PTSD Nightmares?

Chronic PTSD nightmares are one of the unfortunate symptoms experienced by many, if not most people with Post-Traumatic Stress Disorder or PTSD. These disturbing dreams often upset their sleep in several ways. People experiencing PTSD nightmares often try to avoid sleep or leave the lights on at night, which can lead to haphazard sleep schedules. Poor sleeping habits and insomnia tend to exasperate mental health disorders which can compound the effects of depression and/or PTSD. PTSD sufferers may also turn to alcohol, sedatives or opioids in an attempt calm their nerves or get some dreamless sleep.

There is still much that science does not know about the brain and sleep is one of the mysteries we still have a great deal more to learn about. But some experts think that PTSD nightmares are a form of re-experiencing or ‘flashback’ which occurs while the person is asleep. We see this phenomenon depicted in Hollywood movies sometimes, but the reality can be truly harrowing and it has very real effects on mental and even physical health.

The flashbacks experienced by a person with PTSD are more than just memories. Research has determined that PTSD creates a state of hypersensitivity in the brain which increases the fixation on traumatic events, which helps keep these experiences fresh and vivid in someone’s memory. One of the results of this is that they can re-experience these events in episodes called flashbacks, or in the form of PTSD nightmares when they are asleep. For the person experiencing the flashback or nightmare, it can feel quite real. As if they are reliving the traumatic experience right then and there.

Traumatic experiences have a way of imprinting themselves deep within the memory. The reason for this is believed to be a matter of evolution. When our prehistoric ancestors were living amongst wild animals which could savagely kill them at any moment, the deep imprints made by the trauma of seeing one of your friends killed by a saber-toothed tiger could serve as a survival mechanism. It isn’t hard to imagine that primitive man probably suffered from something akin to PTSD nightmares too. After all, their lives were brutal and unforgiving. However, for modern man, PTSD has become a hindrance to good mental health more than anything else.

Re-experiencing symptoms like flashbacks and PTSD nightmares can cause:

There is almost no area of our lives that cannot be impacted by PTSD.  Relationships, education, career. Even something as simple as enjoying a favorite pastime like fishing or golf can be compromised by it. If chronic PTSD nightmares are a part of a person’s experience, then they are unlikely to be getting restful sleep every night. That has very real effects over how they feel during the day. They may be drowsy and distracted or tired and irritable. Over time, poor sleep can have physical effects on everything from blood pressure to our immune response. It affects brain chemistry, though we are still learning exactly how, we know that poor sleeping habits tend to make mental illness symptoms worse.

PTSD is a reaction to experiencing or witnessing a life-threatening event. It’s natural to feel afraid during and after a traumatic situation. What makes PTSD a disorder is that the traumatic memories can continue to resurface after the event is over and any danger has long since passed.

People with PTSD may have one, several, or all of these symptoms. PTSD symptoms can vary in intensity over time and can last for weeks, months, or even years.

PTSD symptoms can make everyday life very difficult. Many people with PTSD feel chronically, physically and emotionally exhausted. They may have trouble concentrating or sleeping, and often feel irritable. PTSD can also lead to problems in relationships, at work or school, and with alcohol or other drugs. It’s not unusual for people with PTSD to experience depression, anxiety or even thoughts of suicide.

Veterans, unfortunately make up a high proportion of PTSD sufferers. It is estimated that from 11-20% of veterans have a PTSD diagnosis. Of course, we can only count the number of veterans who actively seek help and receive a formal diagnosis. It is highly likely that the real number of veterans with Post-Traumatic Stress Disorder and symptoms like PTSD nightmares is much higher.

How to Get Rid of PTSD Nightmares

Moving past the re-experiencing symptoms of PTSD, such as flashbacks and PTSD nightmares is something that can take a little time unfortunately. The good news is that a great deal of research has been done into PTSD in just the last few decades and it has broadened our understanding of the condition and led to more and more effective PTSD treatment. There are a number of ways to begin to get rid of PTSD nightmares. One method is to use Cognitive Behavioral Therapy (CBT). CBT can help you to identify and change the thoughts and beliefs that are causing your nightmares. CBT can also help you to develop coping skills which can help while you continue to work on your recovery.

EMDR (Eye Movement Desensitization and Reprocessing) therapy is a psychotherapy treatment which was specifically developed to treat people troubled by traumatic memories. EMDR treatment has been shown to be quite effective in treating PTSD and has provided people relief from re-experiencing symptoms, like PTSD nightmares in clinical studies as well out in the world at large. One very nice thing about EMDR as a treatment for PTSD is that it has been demonstrated to produce results more quickly than any other established method of treatment.

Getting Help and Self-Advocacy

If you or someone you love is experiencing PTSD symptoms like flashbacks and PTSD nightmares, the most important thing of all is getting help. Recovery from PTSD is a process that can take some time, so the sooner you get started, the sooner you can begin to feel some relief. The good news is that effective treatment is available for this condition.

If you have PTSD, you are not alone and you should know that there are thousands of researchers and clinicians hard at work studying PTSD and its symptoms and successfully treating people for this condition. But the only way people can help is if they know you need it. Destination Hope treats mental health disorders, including PTSD. If your or someone you love is living with PTSD and would like help or information, give us a call at (888) 989-1479

Give us a call

Help is one step away

We’re one call away